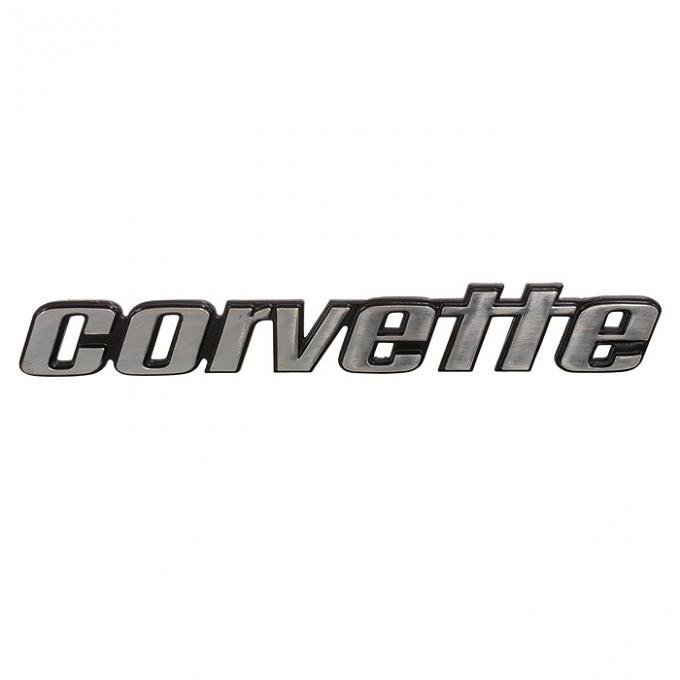 As an example of the ever-changing nature of the Chevrolet Corvette, a mid-year alteration took place during the 1976 model year with the sports car. The size of the rear emblem differs with smaller “Corvette” nameplate on the early models than what would be found on later vehicles. This 6-inch type emblem is suited for early 1976 Corvettes.