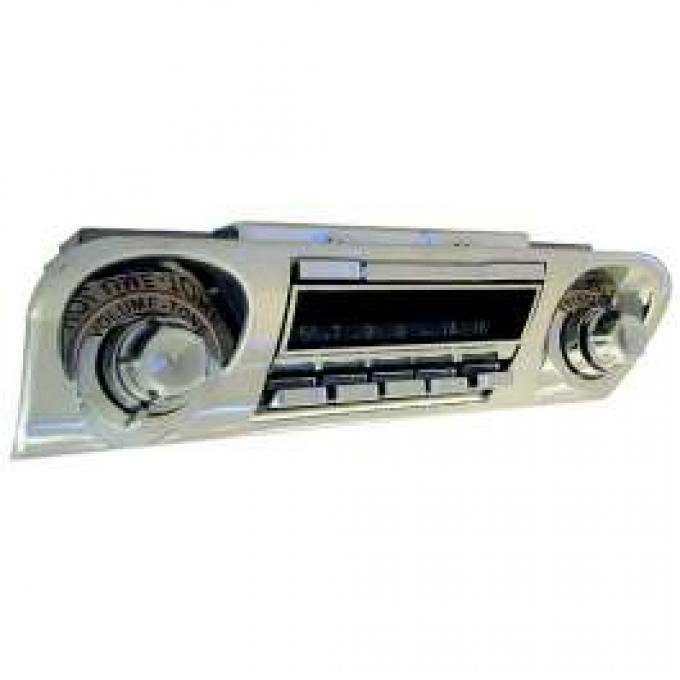 Fits In Dash Without Any Modifications 4 X 45 Watts RMS Output Allows Up To 180 Watts Of Audio Power Correct Knobs Wonderbar Duplicates The Action Of The Original: Seeks Up Then Rapidly Returns To Bottom Wonderbar Seeks On AM Or FM AM Dial Looks Original & FM Dial Is In Background 10 Presets (5AM, 5FM) 3 RCA Jacks For Left & Right Channels and Subwoofer Memory Retention For User Settings More Than 40 Years LED Lights Never Need Replacing The Wonderbar radio was the pinnacle of convenience when it was introduced in the El Camino. Due to sporadic radio coverage it was very easy to lose AM & FM stations while driving in your late great chevy. A push of the Wonderbar allowed the radio to seek up, rapidly return to the bottom of the dial and start over to find the higher powered stations in your area. The El Camino Store brings you a reproduction of the Wonderbar with easy accessible controls for volume, bass, treble, balance, fader and tuning from original style 1/2 shaft controls. Don't cut the dash in your El Camino for some gaudy aftermarket radio! Replace it with the best reproduction Wonderbar radio from The El Camino Store today!

ANTIQUE AUTOMOBILE RADIO, INC., began manufacturing car radio vibrators in 1982. The auto radios of the 30s, 40s and 50s were made by Motorola, Philco, Bendix, Sylvania, RCA, Zenith, Detrola, Wells-Gardner and others, all of whom had either gone out of business or turned their attention to other ventures, and had abandoned the old car market.

As our dealer network expanded, we began to make other hard-to-find parts for older car radios. Dial glass and special speakers that are no longer used were added to our catalog.

As we developed new replacement parts, we were faced with a problem seemingly beyond our control. Our AM audience was leaving. The question our restoration shops and dealers were being asked was "Why bother to restore a radio when there is nothing being broadcast that I want to listen to?"

By 1988, we had a solution. We developed a tiny FM "front end" tuner that could be installed inside some radios to provide the FM band without changing the appearance or function of the original radio.

The original FM conversion was redesigned, refined and tweaked many times since then. It could be installed in any radio. It was still the same size as the original, but with the help of new surface mount technology had 3 times as many components. The increased circuit density allowed us to greatly improve performance and simplify installation. The "solution" created a new challenge. Many more radios were being restored than would have been if the FM option were not available. The supply of interstage and output transformers, germanium transistors and other exotic parts, which would be too expensive to tool in small quantities, was rapidly being used up. We designed the Mono 7 amplifier, a complete 7 watt RMS amplifier in a package about the size of the original Delco DS-501 output transistor. This eliminated the need for obsolete germanium output transistors and the hard-to-find output transformers they required.

With the input and output stages of the radio in production, the next logical step was to replace all of the original electronic circuitry with modern technology. In 1996 we introduced the Stereo Conversion. We use the same IC circuitry as other car radio manufacturers, but with a special interface to allow us to use the original controls and tuning mechanism.

The radio still looks, feels, and is operated the same way as it did when originally manufactured, but the similarity stops when you turn it on! With up to 180 watts RMS of output power and the capability to play in iPods, MP3 players, satellite receivers, or CD players, the performance is thrilling!

In 1994 we completed construction of our new manufacturing facility in Palm Harbor, Florida. We are justifiably proud of our state-of-the-art design and manufacturing capabilities. Our technical staff has over 100 years of combined car audio experience. We are continually evaluating new technologies that can be adapted to our customers' needs. 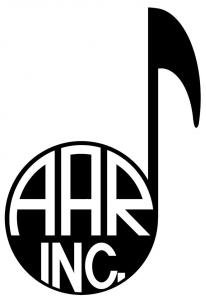