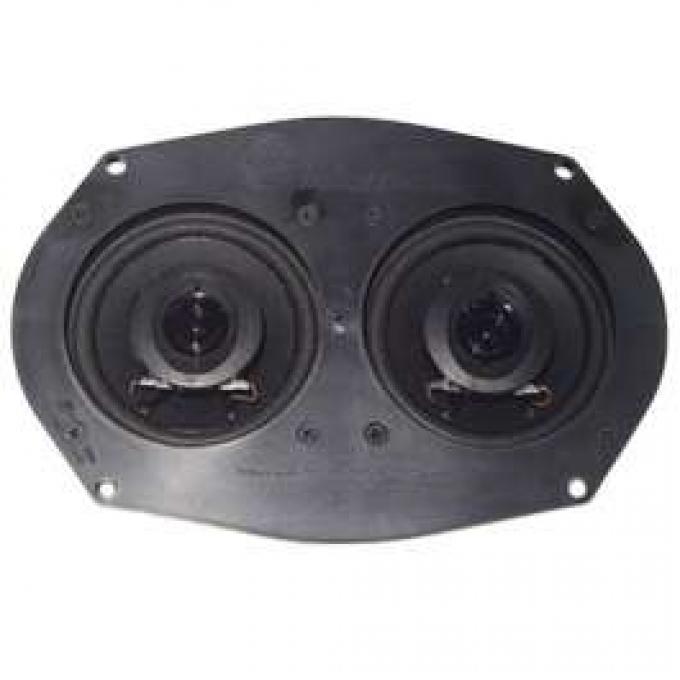 Replacement Speaker Fits In Stock 6 x 9 Speaker Location Use In Dash Provides Stereo Sound From Single Speaker Location Used With Any Aftermarket Radios 60 Watts This El Camino replacement speaker has been manufactured to meet or exceed factory specifications and performance. You will find the fit and function will work perfectly for your vehicle. You will also be pleased to know that the El Camino Store has sourced this speaker among other possible parts as the best choice for your repair or restoration project.