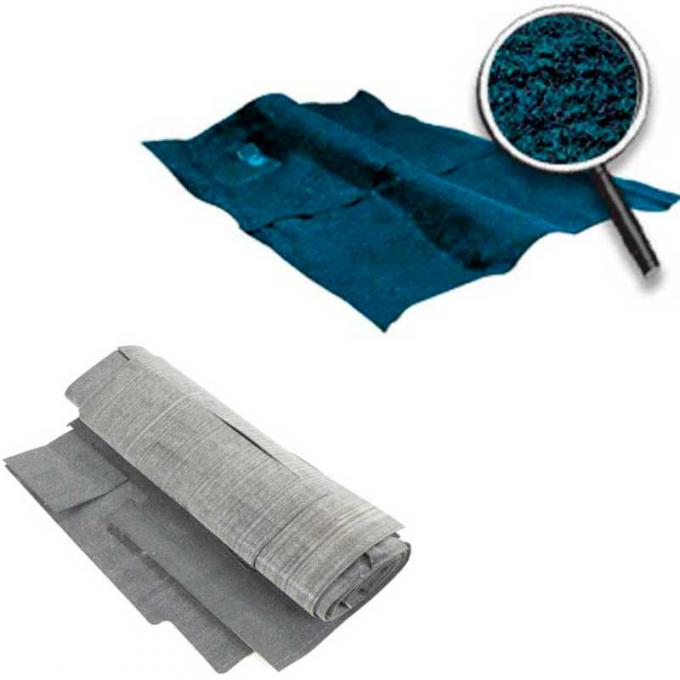 0 reviewsWrite a Review Add to Wish List
As of 3/23/2021 OER continues to experience delays in shipments of up to 45 days.  If you purchase this product and we do not have it in stock, your order may be delayed.  Please contact us to find out available options.
Select a Vehicle or refer to the Vehicle Fitment Tab below to verify that this part fits your vehicle.

Reproduction of the original style cut-pile floor carpet and underlay designed for use with 1974-79 Chevrolet Nova, 1974-77 Pontiac Ventura, 1977-79 Pontiac Phoenix, 1976-79 Pontiac Acadian. 1974-79 Olds Omega, and 1974-75 Buick Apollo models. When it comes to quality, OER® is the most trusted name in the restoration parts industry. Each product is manufactured and designed to replicate the original OE product exactly and this all new reproduction molded carpet is no exception. Manufactured using the finest materials and workmanship available, each molded carpet set offers superior quality and fit.

Manufactured to replicate the original style cut pile, This premium, 100% nylon carpet is manufactured using 40% more quality nylon than standard cut pile carpet, and is 50% heavier in weight for greater durability and a more luxurious feel. Each set is molded to fit your floor pan just like the original. For use with 2 or 4 door models, bench or buckets, manual or automatic transmissions, with center floor console.

Made in the USA

Important: Due to variations in factory interior options minor trimming may be required for proper fit.